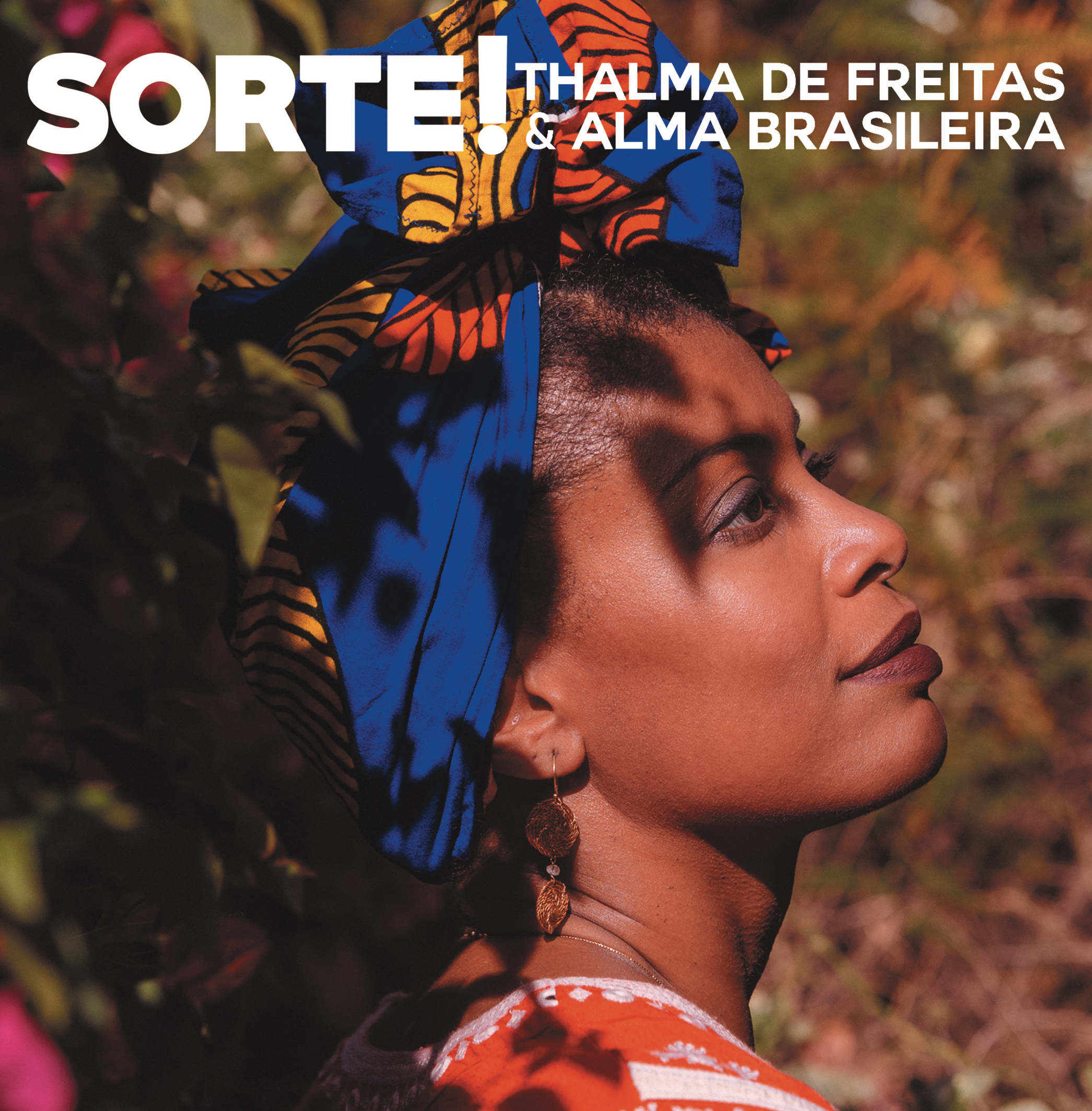 — Some things in life just fall into place from the least unexpected places. Some call it luck, and others say it is fate. Whatever it is, when it comes to Sorte!, it really does not matter. John Finbury’s latest CD features lyrics and vocals by Thalma de Freitas.

Thalma de Freitas is likely not a familiar name outside of Brazil. In her native home, however, she has appeared in mainstream movies, television, and theatre. As a solo artist she has already released three albums, and there is also a forthcoming release with the Orquestra Imperial.

Grammy-nominated John Finbury is no stranger to Brazilian music. Two of his previous releases have been featured on this site: Pitanga and Imaginário. Both are excellent albums and feature vocalist Marcella Camargo. His song “A Chama Verde” (from Imaginário)received a 2016 Latin Grammy nomination for Song of the Year.

Contrary to the two previous releases I mentioned above, which featured musicians from the Boston area, Sorte! brings a Brazilian star-studded ensemble. Produced by Emilio D. Miler, the album features Vitor Gonçalves (piano, Rhodes, and accordion), John Patitucci (bass), Chico Pinheiro (guitars), Duduka da Fonseca (drums), and Rogerio Boccato and Airto Moreira (percussion). Can this be a dream ensemble? Well, when you add Thalma de Freitas’ vocals to these haunting melodies, nothing goes wrong. This is captivating and entrancing. Finbury hit a pot of gold — again!

The opening bossa and title track sums up the music in Sorte! The first verses talk about serendipity “revealing providence in its splendor.” The marriage of Finbury’s music and Freitas’ lyrics is miraculous and rich. Heightening the grandeur of the album, you have unforgettable solos throughout the entire set. Just be sure to check out Gonçalves and Pinheiro on “Sorte!”, Patitucci (“Filha”), and the entire ensemble in the closing track, “Surrealismo Tropical.”

The album is way short, especially considering this music is impressive. It leaves us listeners wanting a whole lot more. I hope to hear more of this music in the near future. It is no luck that once again the music on John Finbury is getting well-deserved recognition. Sorte! is a 62nd Grammy Awards Nominee in the Best Latin Jazz Album category!

To give you a flavor of this release, please enjoy the title in the video below.