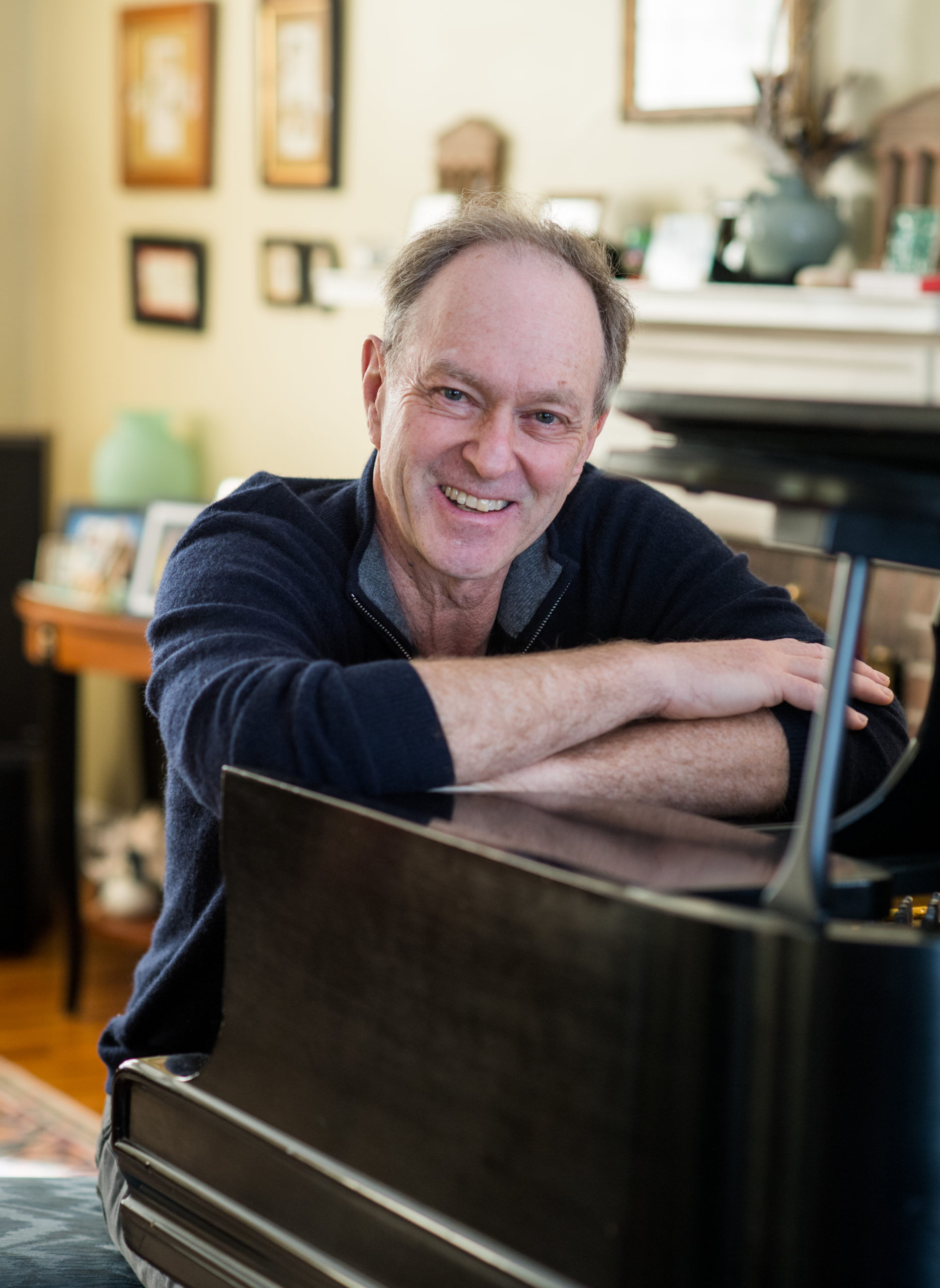 John Finbury is an American composer based in Andover, MA.

John married his lifelong muse Patty Brayden, who sings and is a frequent collaborator as lyricist; they have often performed locally as part of the Jazz Sextet “Day For Night”. John’s old friend Ned Claflin (who has also worked with Madonna and Martin Sexton) is another important associate in the lyrics department.

In October 2014 John released an EP of four original songs of Brazilian Jazz called “The Green Flash”. All four songs were nominated for The American Songwriting Awards in 2015, with “SambaDan” winning the award for Best Instrumental.

In High School, I was a drummer in a rock band (“Ten Foot Clearance”). Here is a photograph of the band (I am the wise guy on the far left) and a link to an article my high school recently published about me and the band. https://www.mxschool.edu/news/page-article-3/

I composed and recorded an album’s worth of R&B and Pop tunes between 1978 & 1982. I co-wrote many of the lyrics with my friend Karen Peterson. I played piano on all the tracks and got to play with my friends, David Reiser on bass and Peter “Skip” Curly on guitar. John Warpinski sings on five tracks here. There are two different recordings of “Come With Me” because a publisher from New York City was interested in the song and encouraged me to rewrite the chorus and re-record the song with the promise that he would pitch it to Rod Stewart. I recorded the song a second time in 1981 at the famous Blue Jay Recording Studio in Carlisle, MA (Aerosmith, Billy Joel, Yo-Yo Ma), but sadly Rod passed on the tune.

The reel-to-reel tapes from those “Early Days” sessions rested in my attic for 33 years, until 2014, when I was contacted by Jeff Freundlich, founder of Fervor Records (www.fervor-records.com). Fervor Records is a boutique record company based in Phoenix, Arizona which specializes in American music from Rockabilly to the 90’s pop, which it markets and licenses for television and film placements. Jeff had heard “One False Move and I’ll Blow This Love Apart” which Patty and I wrote in 1982. This song was originally conceived as a country tune but with Pat Thomason singing it quickly became an R & B recording which we thought would be perfect for the Pointer Sisters. Jeff liked “One False Move” and asked me to send him all the tracks that I recorded “back in the day.” He liked my disco song “On One Condition” also sung by Pat Thomason and Fervor Records took on all the John Warpinski vocals tracks. Jeff recently succeeded in placing “One False Move” in the Amazon series “Red Oaks” Season Two, episode 209, streaming on 11/11/2016. All in the ripeness of time.

I met Patty in 1977 and I have been her piano player ever since.  For the past eight years, she has been singing standards in our jazz group “Day For Night.” In her youth, Patty was a folk, blues & country music singer.  She is heard on three of my “Early Days” songs, “Too Far To Go,” the sentimental “Without You” and the country tune “I Don’t Cry Anymore.”

In the summer of 1981 Patty and I played in a Country band (“The Pumps”) and one afternoon we went with the band into a little 8 track studio in Watertown, MA to record three country standards: “Easy From Now On” & “Two More Bottles of Wine” made famous by Emmy Lou Harris, and then “Route 66”, which is sung by guitarist and old friend John Shaw, with Patty on backup vocals and me playing honky-tonk piano on all tracks.  Unfortunately, I couldn’t find the master tapes for that session so these tracks are taken from an old funky cassette, but I think you’ll agree, they, and Patty, have spirit!

“2 O’clock Lounge” was my first professional music composition, composed in 1979. Fred Simon, a videographer and documentary filmmaker, was doing a documentary for WGBH TV (PBS) Boston called “Portraits From The Two O’Clock Lounge” about the people of Boston’s last surviving strip club in Boston’s “Combat Zone”. Fred asked me to compose and record original “bump & grind” music for the soundtrack. The documentary first aired on WGBH in 1979. I lifted the bridge from a song my dad Herb Finbury wrote in 1949 called “Time Flies” so I honestly can say dad gave me my start in songwriting.

Quatro a New Release by John Finbury Out Now! Dismiss