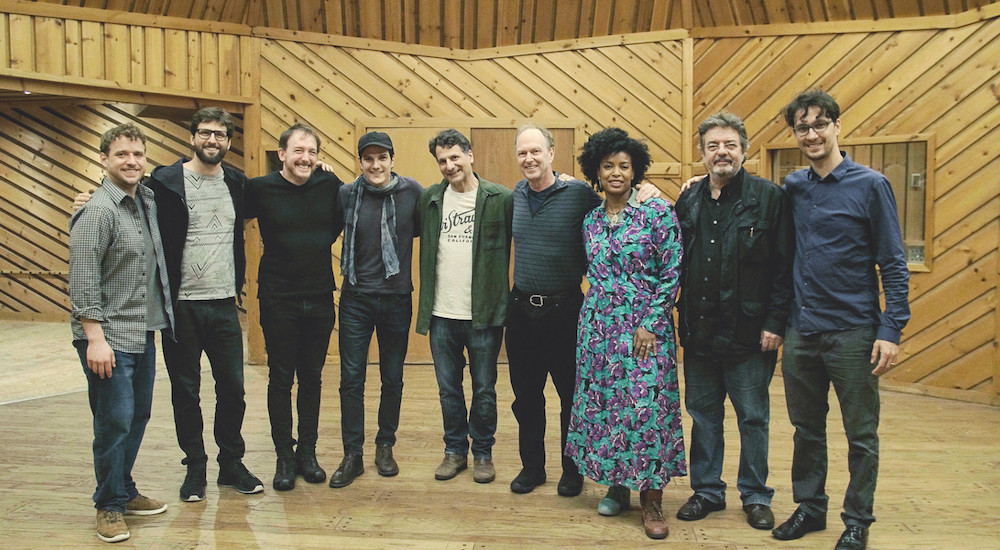 Two albums into his worshipful “Brasilian sojourn” John Finbury has written six new songs that further declare his abject love for Brasil with a third (Brasilian) album, Sorte!. This time around the music includes lyrics by the renowned Brasilian chanteuse Thalma De Freitas, who also sings the songs. For his part Mr Finbury has also enlisted the Latin Grammy Award-winning producer, who, in turn, has brought on board some of the finest musicians from Brasil and the USA to bring it all to fruition. Even at just under half an hour of music, every song hits its mark with perfection.

Of course, none of this would have been what it has become without the radiant voice of Miss De Freitas. This is clearly a recording made for Miss De Freitas as the celebrated vocalist traverses the luxuriance of the music with seasoned panache, bringing to each of the six songs gloriously instinctive textural nuancing. Her genius for vocals allows her to reach into the sinews of this music with magical results.

All the songs receive terrific performances from the rest of the all-star cast as well. Vitor Gonçalves’ honeyed pianism is impassioned throughout. Chico Pinhero strikes a wonderful balance between sophistication and rawness. John Patitucci adds not simply rhythmic brilliance, but delicious harmonic colour to the material. And between the three of them, Airto Moreira, Rogerio Boccato and Duduka Da Fonseca bring their very special and nuanced “Brasilliance” to each of the charts that Mr Finbury has crafted so very well.

Mr Finbury and Miss De Freitas appear to be a match made in musical heaven. Together they balance heft with purity. Having written the lyrics to this music Miss De Freitas adds her seductive chest-voice while singing with extraordinary feeling and intensity. Through many a beauteously soft phrase and sculpted vocal invention she makes the music leap off the page and into our sensibilities. Thus she brings an airy shaping of melodic contours to everything from the breathtaking “Sorte!” to the joyous poetry of “Surrealismo Tropical”.

Ilha do Pêssego a New Release by John Finbury Out Now! Listen Dismiss