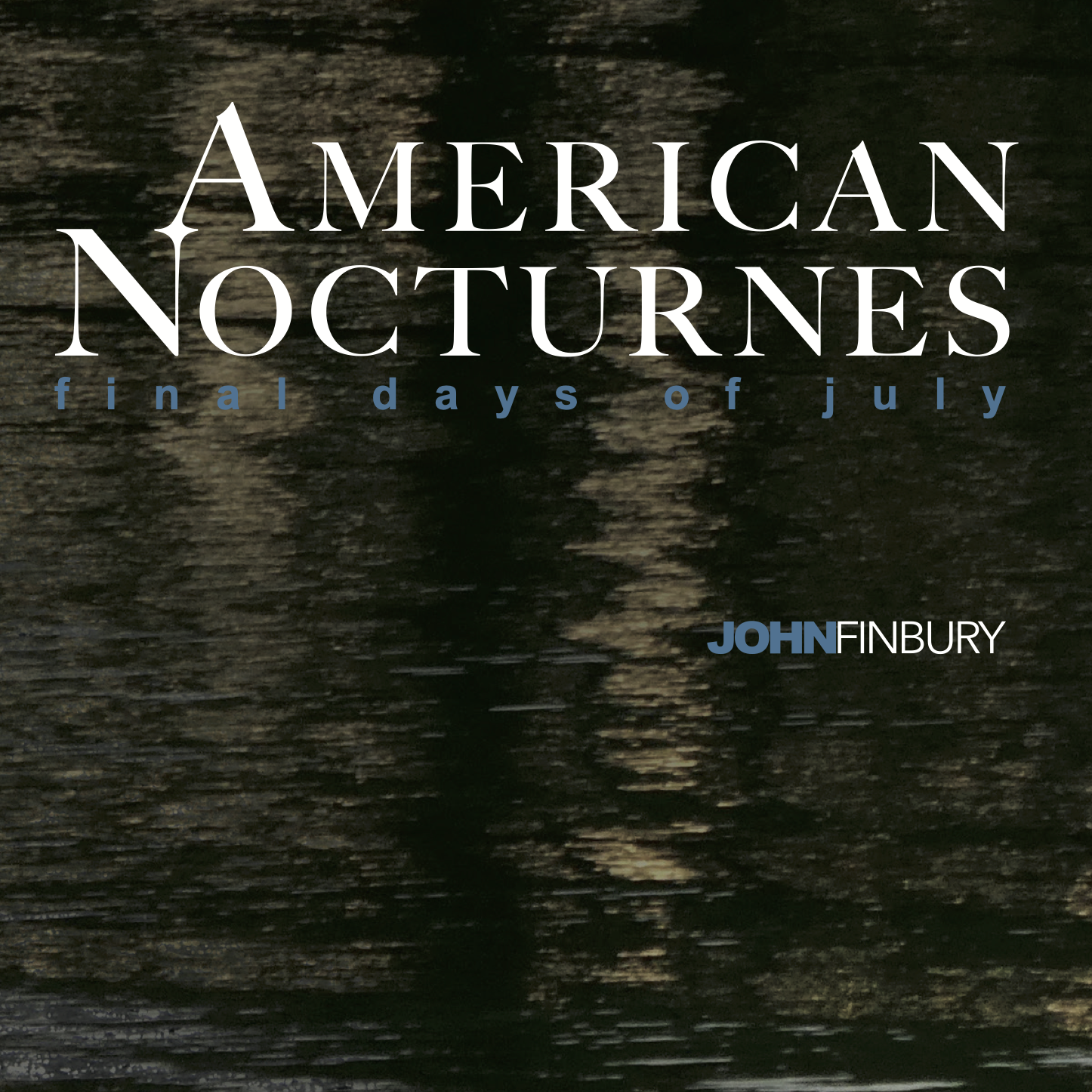 LATEST PROJECT FROM TWO-TIME GRAMMY® NOMINEE OUT MAY 1

American Nocturnes – Final Days of July, a new album of original compositions by Grammy and Latin Grammy nominated composer John Finbury will be released through Green Flash Music on May 1. Produced and arranged by Finbury, Bob Patton, and co-produced by Emilio D. Miler, American Nocturnes – Final Days of July is a collection of eleven evocative pieces that spotlights the composer’s mastery in an intimate setting.

In his own words: “This project is a collection of songs I have composed over the past fifteen years. It is music inspired by my historical listening and piano playing experiences including the Chopin Nocturnes, desert island piano music of unsurpassed beauty. That is what I am after, and why I feature the piano in all the tracks and call the songs “Nocturnes.” The emotions in this music are strong.”

It may come as something of a surprise to those familiar with Finbury’s previous releases in the Brazilian Jazz idiom, that American Nocturnes is a more contemplative work and, as the title suggests, is seemingly far removed from the Latin themes that typify John’s recent records. The absence of percussion instruments gives the performances a more elastic sense of time, while the lyrical qualities of the melodies make the composer’s reference to them as ‘songs’ most appropriate.

Apart from the broad range of musical styles that reflect John’s artistry, one of the most surprising things about him is that he’s a respected attorney, who still practices in his native town of Haverhill, MA. It is, perhaps, a most surprising “day job” for an accomplished musician, but John has long been a practitioner of the unexpected. He grew up in a musical household, was a rock drummer in high school, and intended to follow a career path reflective of his upbringing. As an undergraduate, initially at Middlebury College, he pursued classical piano seriously. After a year studying piano in Paris, he came back to New England and attended the Longy School of Music in Cambridge. He went on to earn a bachelor’s degree as a music major from Boston University and a law degree at Northeastern University’s School of Law.

John addressed the apparent contradiction between his professions head on: “I was a musician long before I became a lawyer. I would challenge the assumption that my vocation as a lawyer and my creative life as a musician and composer require reconciliation. In fact, I would argue -like a lawyer- that my profession actually has advanced my career as a composer, and that my creative life has assisted me in my legal career. The reconciliation I make is with time, which may help explain why this most creative period in my life began after I turned sixty.”

In the early 2000s, John started writing songs in earnest, and that begat a series of circumstances that led to the recording of the tracks for what would become the album “Imaginário,” released in 2016. Almost on a whim, the song “A Chama Verde” (with lyrics written in collaboration with his wife and muse Patty Brayden, and old friend Ned Claflin) was submitted for a Latin Grammy and the resulting nomination for Song Of The Year honors validated John as a composer deserving to be heard. Through the nomination, he made the acquaintance of producer Emilio D. Miler, and the two would go on to work together on both American Nocturnes project and the repertoire that would become Finbury’s 2019 release Sorte!, a Grammy nominee this year for Best Latin Jazz album.

As for the title of his new work, John notes, “I am an American. This music is American. The title track ‘Final Days Of July’ is my ‘Shenandoah.’ ‘I’ll Pray For You’ is my gospel lament on the death of my mother. All the music finds its harmonic vocabulary rooted in the Great American Songbook and Jazz. The instrumentation on this record is unusual, with the addition of guitar, harmonica and accordion to the cello and piano, and there is an improvisational opportunity in many of the songs which brings this chamber music to jazz, the American art form.”

John enlisted a number of top-flight musicians to help him realize his vision for American Nocturnes – Final Days of July. Tim Ray is, quite literally, a pianist’s pianist. An NEA grant recipient and Berklee College of Music faculty member, he’s Tony Bennett’s musical director and has recorded and/or performed with numerous major artists. Also onboard is cellist and four-time Grammy winner Eugene Friesen. His credits are vast, including work with Dave Brubeck, Martin Sexton, Will Ackerman and the Paul Winter Consort. Jerusalem-born Roni Eytan holds the distinction of being the first harmonica player to have been accepted into the Herbie Hancock Institute of Jazz Performance. Guitarist Claudio Ragazzi is both a Grammy and Emmy winner and has performed at The Hollywood Bowl and Lincoln Center and with such influential musicians as Gary Burton, Yo-Yo Ma, Branford Marsalis and Paquito D’Rivera. The album is dedicated to Roberto Cassan, a renowned accordionist, composer and teacher who, within a week of his playing on these, his last sessions, died quite suddenly and tragically. The accordionist chair was thereafter occupied by Vitor Gonçalves, who’s been featured on NPR’s Jazz Night in America at Jazz Night at Lincoln Center as well as the Newport Jazz Festival and Queen Elizabeth Hall in London. Just this year, he was the recipient of two Grammy nominations: Best Large Jazz Ensemble (with Anat Cohen Tentet), and Best Latin Jazz Album (with John Finbury).

In light of his previous Grammy honors, John was asked in which category American Nocturnes might compete. His thoughtful response: “This music eludes the precise Grammy categories. However, it is chamber music and thus I think it would qualify in the Best Chamber Music category.” Though Best Chamber Music/Small Ensemble Performance is one of Grammy’s Classical Music categories, it seems like a reasonable landing place for a one-time rock drummer and composer who, despite not having yet visited South America, was recognized for his work in the Brazilian music idiom. John Finbury’s music is literally boundless.