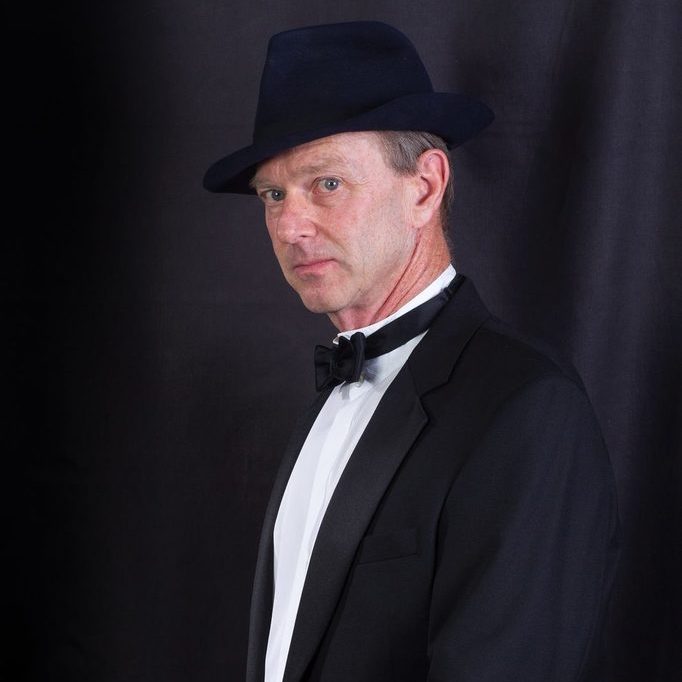 Interview with John Finbury: My experience and emotions are inevitably captured in my music: Video, CD cover

Jazz interview with jazz composer John Finbury. An interview by email in writing.

JazzBluesNews.Space: – First let’s start with where you grew up, and what got you interested in music?

John Finbury: – I grew up in Haverhill Massachusetts. My father was a major musical influence on me. He was an accomplished musician;a prodigy violinist who quit at age 20 when he heard Yehudi Menhuin live with the BSO; and then post WW2 he crafted songs and was always a music lover with broad taste.

My father was one of the first jazz composition students at the Schillinger School which was to become the Berklee School of Music in Boston and he introduced me to the icons of jazz and classical music. I still have his Schillinger Composition Method books , which are impenetrable, and his Steinway “O”, which is slightly more accessible.

My mother knew all the words and melodies of the American Songbook. Drums was my first instrument and I played in rock bands culminating in a gig at “The Bitter End” in NYC with the band “Ten Foot Clearance” and B3 legend Matt Carlbach. Chopin Nocturnes got me interested in classical piano studies which I pursued at the Longy School of Music in Cambridge and at Boston University.

JBN.S: – How did your sound evolve over time? What did you do to find and develop your sound?

JF: – I would say my sound and compositions evolved with my listening. My first professional composition was a soundtrack commission for the documentary about Boston’s last strip club “Portraits From the 2 O’clock Lounge”. These were bump and grind blues tracks with a bridge or two lifted from my fathers compositions, and were composed and played at a time when I was heavily listening to the blues and learning how to play the blues. I spent a year in Paris in the 1970s studying classical piano during the day and and following the amazing piano bluesman “Memphis Slim” around the Paris lounges at night.

In the early 80s’ I wrote and recorded Pop and R & B songs which tracked my listening habits at the time.

In 2005 I began playing in a jazz sextet, and there began my exploration of the Jobim songbook and my studies of jazz harmony and composition. Playing those songs led me to writing my songs.

JBN.S: – What practice routine or exercise have you developed to maintain and improve your current musical ability especially pertaining to rhythm?

JF: – I compose, play and listen to music every day.

JBN.S: – Which harmonies and harmonic patterns do you prefer now? You’re playing is very sensitive, deft, it’s smooth, and I’d say you drift more toward harmony than dissonance. There is some dissonance there, but you use it judiciously. Is that a conscious decision or again, is it just an output of what goes in?

JF: – First, let’s be clear, the wonderful Vitor Gonçalves is the pianist on “Sorte!”

However, I would say that your observation about my interest in harmony is accurate from a compositional point of view; I sometimes will spend weeks finding just the right colors and progression. In looking at my body of work for compositional patterns and generalities, I observe that I always compose the music before the lyrics and often it will not be apparent to the listener where the tonal center or tonic lies; I also enjoy changing keys, bar lengths and time signatures within my compositions. These are not deliberate decisions but rather a few of my observations of my style.

JBN.S: – How to prevent disparate influences from coloring what you’re doing?

JF: – I don’t prevent it, but rather seek that coloration! It also helps that, as a composer, I don’t feel the need for every musical idea to fit under a certain stylistic umbrella, but instead am free to develop a new project whenever a certain influence, often the singer I am working with casts a strong spell over my creative process.

JBN.S: – What do you love most about your new album 2019: Sorte!how it was formed and what you are working on today.

JF: – The creative process for the album was unlike my previous releases, in that I joined forces with producer Emilio D. Miler, who in turn introduced me to singer/lyricist Thalma de Freitas. Thalma’s lyrics are deeply rooted in her spiritual and metaphysical beliefs; some of those we share, and some were new to me. Working with Thalma, I learned to work outside my comfort zone as some of her lyrics spoke of things I did not understand, and so I read and studied the work of some of Thalma’s mentors such as Robin D. C. Kelley to get closer to her poetry. Allowing my work be influenced by Thalma’s artistry as opposed to having her lyrics adapt to my pre-conceived lyrical preferences, was an important learning experience for me that will surely positively inform my approach to future collaborations.

These days I’m getting ready to release an album, three years in the making, of auteur chamber jazz instrumentals titled “American Nocturnes”, arranged for piano, guitar, cello, accordion and harmonica.

JBN.S: – What’s the balance in music between intellect and soul?

JF: – Soul (emotion) brings me to the composition; intellect (craft) helps me compose it.

JBN.S: – There’s a two-way relationship between audience and artist; you’re okay with giving the people what they want?

JF: – There’s a relationship between the artist and his or her music, and a relationship between the audience and the music. Artist and audience often pretend to be related through this common love; I think what we get from the musical experience can be different. Nevertheless, music is of course a form of communication between artist and audience and the common ground is the emotional world of the songs themselves.

So I’m OK with giving the listener what they want to the extent that such “giving” is congruent with my own experience of the song.

JBN.S: – Please any memories from gigs, jams, open acts and studio sessions which you’d like to share with us?

JF: – The first day recording Sorte! (The title track) at the legendary Powerstation in New York City was such a heightened experience as most of the musicians had not seen each other for a long time and were playing together for the first time on a song they had never played before. To come together in the iconic studio where so many great musicians had come before to record famous recordings was powerful medicine. The spirit of our ancestors was definitely in the room and the experience of five musicians joining to create Sorte! was a miraculous display of the power of song and shared artistry.

JBN.S: – How can we get young people interested in jazz when most of the standard tunes are half a century old?

JF: – Writing new tunes that speak to contemporary audiences, and rearranging the old tunes so that whatever time-stamped on the older versions is not at the forefront of their message. That would be good start.

I challenge the premise that the age of a song is an impediment for the young. People simply need to be exposed to the songs and the greatness of the music and the performances will do the rest. Every generation needs to rediscover Billy Holiday, Bill Evans, Bach and Beethoven. The culture (parents, teachers, media) simply needs to play it for them. The music and performances are so powerful; the young listener will be overwhelmed. That was my experience when I was young; why should it be any different today.

JBN.S: – John Coltrane said that music was his spirit. How do you understand the spirit and the meaning of life?

JF: – I agree with John Coltrane.

JBN.S: – If you could change one thing in the musical world and it would become a reality, what would that be?

JBN.S: – Who do you find yourself listening to these days?

JF: – I find I am continually discovering holes in my cultural literacy and I am enjoying music for the first time that other people have been listening to and playing for decades. Mark Walker, who played drums on my first two albums, is also the drummer for the band “Oregon”, whose records I am just now enjoying. This may be because in the past I tended to gravitate to “Desert Island” records (e.g. “Undercurrent” – Bill Evans & Jim Hall). These day I am exploring the body of work of the musicians with whom I am working: Magos Herrera, John Patitucci, Chano Dominguez and Antonio Sanchez as well as the recordings of the great musicians who play on Sorte!

JBN.S: – What is the message you choose to bring through your music?

JF: – I believe part of the beauty in music is its ability to spark many different ideas and emotions from each individual creation. My experience and emotions are inevitably captured in my music, but I don’t necessarily have a uniform intentional “message” in my music, though I try to have a uniform standard. With that said, the poetic lyrics Thalma de Freitas brings to my music on Sorte! most definitely have messages and profound meaning; Sorte! Is not your father’s collection of love songs.

JBN.S: – Let’s take a trip with a time machine, so where and why would you really wanna go?

JF: – I’d go to Rio in 1960’s and hear Antonio Carlos Jobim and Joao and Astrid Gilberto, Stan Getz and Elis Regina live. I’d try to leave before I was arrested.

JBN.S: – I have been asking you so far, now may I have a question from yourself…

JBN.S: – So putting that all together, how are you able to harness that now?

JF: – The American Nocturnes album will be out by October 2019, and the Magos Herrera collaboration should begin to publish songs by years end.