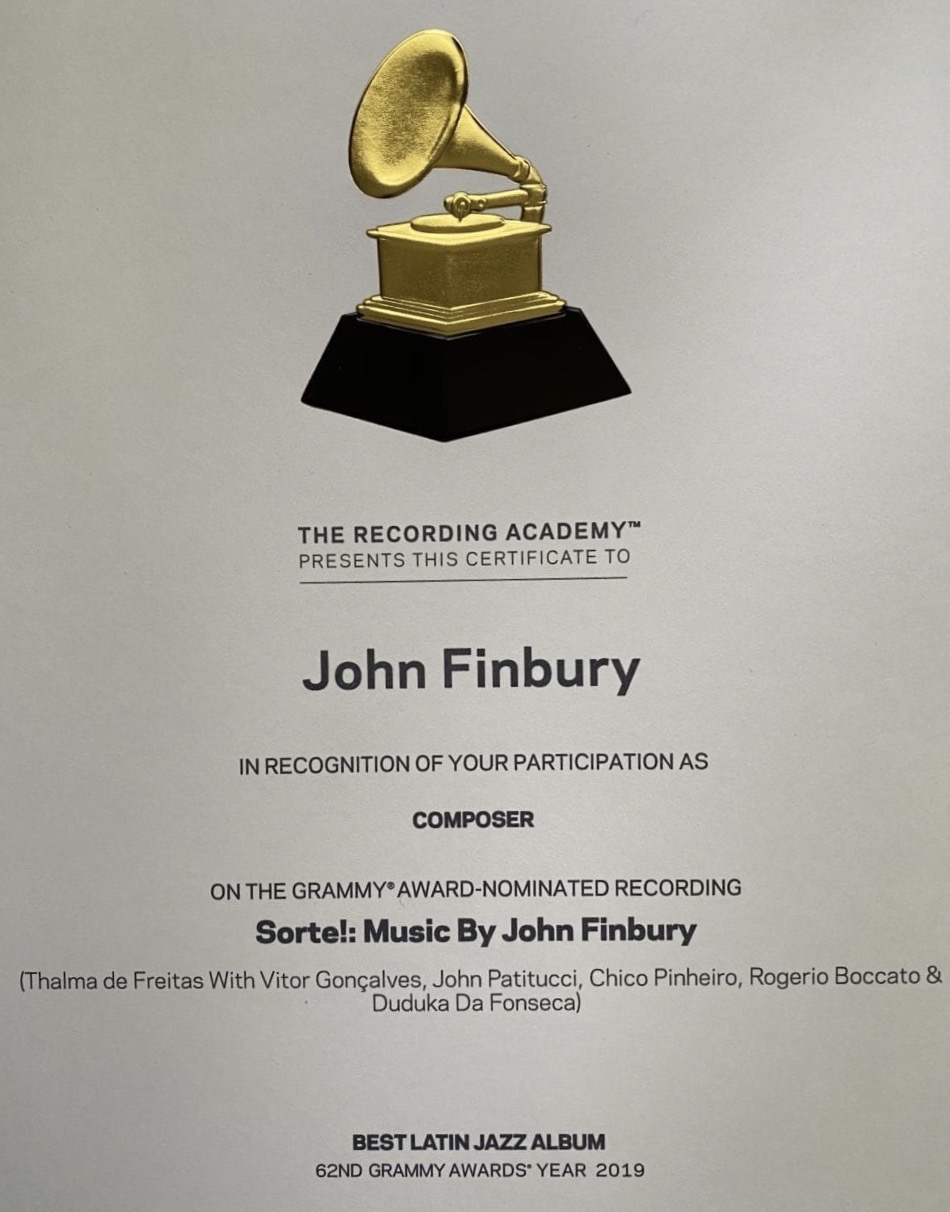 Look what came in the mail today.  The 62nd Annual Grammy Awards Certificate for Sorte! for being nominated for the Best Latin Jazz Album.  Sorte! is the second Grammy Award Nomination John Finbury has received.

Sorte! is a love letter about serendipity, how “great mistakes also mean luck”, uplifting the feelings of trust in the Universe, which always has our back and conspires in favor of Love. The classic explanation of serendipity reads: “Luck is when opportunity finds us prepared.”
The project was produced by Latin Grammy winner Emilio D. Miler, who assembled an all-star band for this recording.

John Finbury is an American composer based in Andover, MA.
His earliest music education and influence came from his father Herb, a musician (violin) and one of the first jazz composition students at the Schillinger School in Boston, which would later become Berklee College Of Music. In his teenage years, John played rock & roll drums, most notably at the “The Bitter End” in New York City. In college, John studied classical piano and music theory and composition at the Longy School of Music in Cambridge and Boston University.