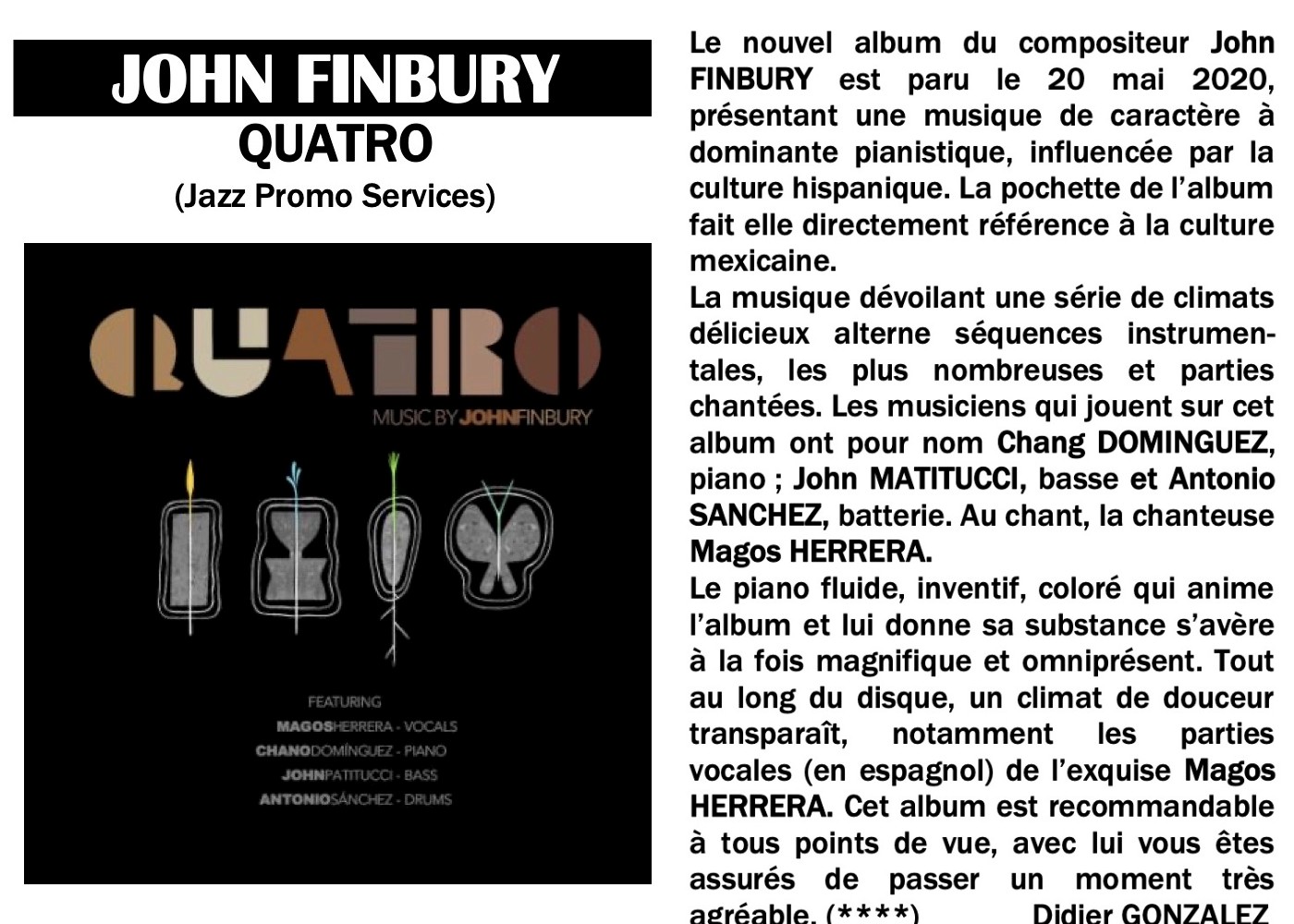 Composer John Finbury’s new album was released on May 20, 2020, featuring music with a predominantly pianistic character, influenced by Hispanic culture. The album cover directly refers to Mexican culture. The music revealing a series of delicious climates alternates instrumental sequences, the most numerous and sung parts. The musicians who play on this album are Chano Dominguez, piano; John Patitucci, bass, and Antonio Sanchez, drums. On vocals, singer Magos Herrera.

The fluid, inventive, colorful piano that animates the album and gives it its substance is both magnificent and omnipresent. Throughout the record, a climate of sweetness shines through, notably the vocal parts (in Spanish) of the exquisite Magos Herrera.

This album is recommendable from all points of view, with it you are sure to have a very pleasant time.