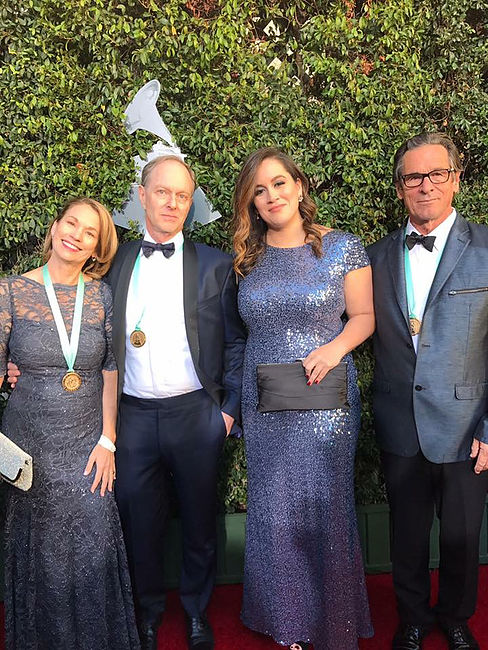 With a 2016 Latin Grammy nomination for Song of the Year for “A Chama Verde,” from Imaginário, John Finbury comes back with another well produced and pleasing new album, Pitanga. Produced and arranged by John Finbury and Bob Patton, Pitanga follows in the footsteps of Imaginário. The repertoire is all original music written by John Finbury, Ned Claflin and Patty Brayden and covers a wide range of Brazilian genres. You will hear samba-reggae in the title track, “Pitanga,” Bossa Nova in “A Feathered Thing” and other delectable music penned by Finbury, Claflin and Brayden. At the front and center in this production we once again hear Marcella Camargo. Her sultry and silky vocals feel like an indispensable presence to this fine collection. The arrangement in the album are effective, simple and to the point. Nothing is wasted or added to distract us from this beautiful music. Accompanying Camargo, we have Tim Ray (piano), Mark Walker (drums), Oscar Stagnaro (electric bass), Ricardo Monzon (percussion), Eduardo Mercuri (guitars), Norman Zocher (pedal steel, guitars), Eugene Friesen (cello) and Roberto Cassan (accordion).

The repertoire is primarily songs in Portuguese, except for two songs in English and the closing instrumental track. The title track has a contagious bass line throughout the entire track with its samba-reggae flavor. The lyrics are a homage to pitanga, a Brazilian cherry rich in vitamin C and calcium. Just like the fruit itself, this song is richly captivating. One of two tracks in English, “A Feathered Thing,” has that endearing Finbury Bossa Nova signature. He seems to easily capture that genre with his beautiful melodies, such as that one. Once again, Camargo’s vocals soar. Bossa and slow ballads seem to be her most comfortable and dazzling style. Her phrasing is impeccable, as always. With “Coração Me Diga,” the arrangement introduces an instrument one doesn’t hear very often in Brazilian music: a pedal steel guitar. It adds a great nostalgic sound to the melody, one that evokes saudades. We hear Zocher’s pedal steel guitar in a few tracks in Pitanga. That addition plays well with some of the more bluesy arrangements in the album. Case in point, “There Among the Pieces.” The song was written with Willie Nelson in mind, according to the liner notes. Both Zocher’s pedal steel guitar and Camargo’s refined vocals expand the Brazilian musical universe with a light taste of North American country.

Another characteristic of Finbury’s melodies is his ability to create visual connections through his music. Take, for example, “Paraty.” The light melody and upbeat rhythm clearly convey the beautiful scenery in Paraty.

Pitanga is pleasing and continues John Finbury’s incursion in the universe of Brazilian and world music. The band performs with ease and gusto the arrangements created for these compositions. I must confess, though, that having Marcella Camargo’s vocals in the album are the perfect vehicle to showcase these elegant songs. Pitanga is another fine release.

A link to the original article.