Andover Man Up For Grammy 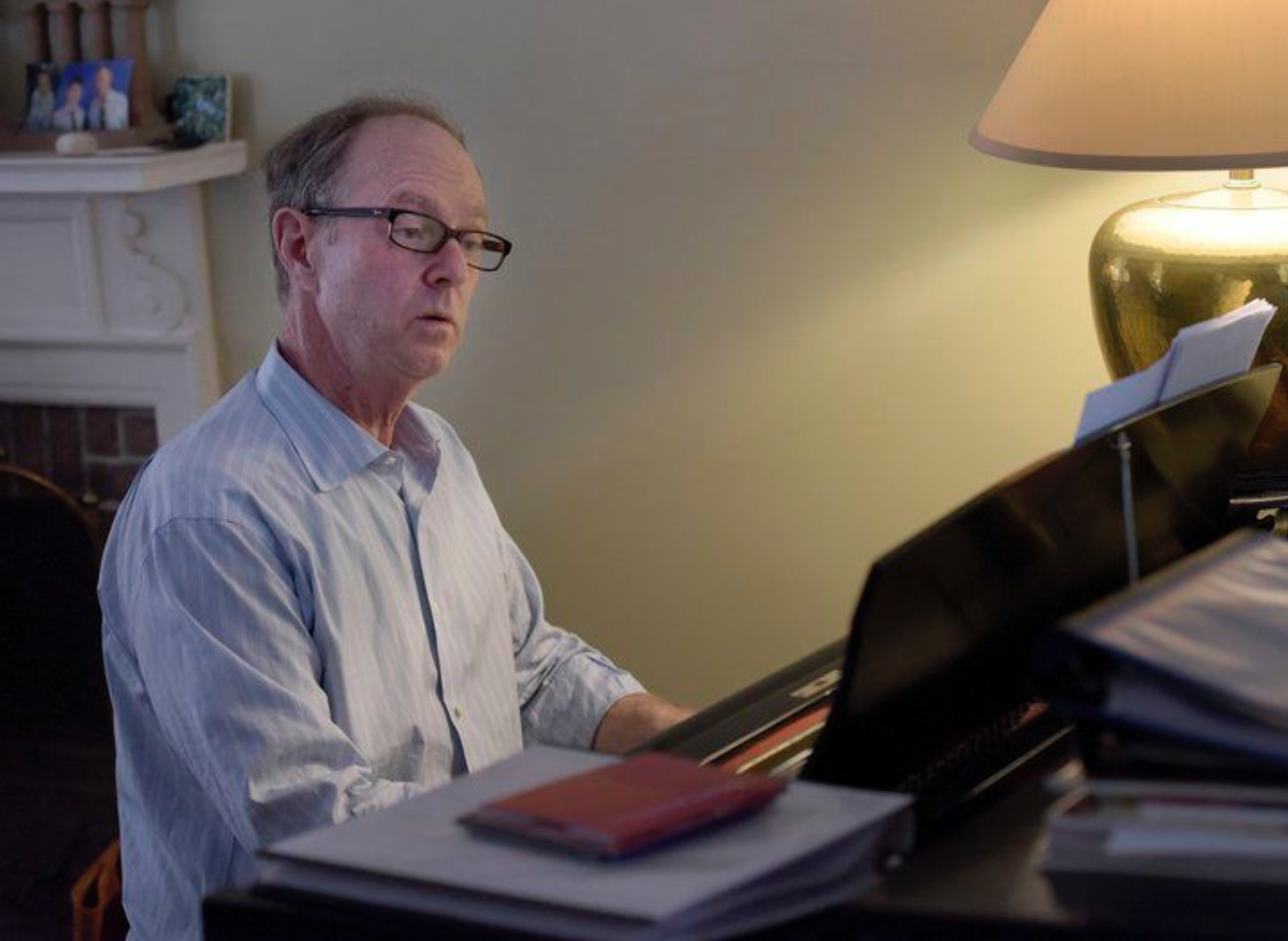 ANDOVER — John Finbury sat at and played the piano, his fingers coaxing jazz harmonies from the 1903 Steinway in his Andover living room.

Delicate nostalgia and modern currents emerged from the music, a song called “Sorte!”, one of five compositions and the title track from his album.

On Nov. 20, “Sorte!” was nominated for a 2020 Grammy Award in the category Best Latin Jazz album. The news jolted Finbury.

On Sunday, Jan. 26, he and his wife, Patty, will walk the red carpet at the Staples Center in Los Angeles at the award ceremonies.

Finbury hopes to have his picture taken with them at the nomination party, the night before the Grammy awards.

Finbury’s serendipity is not lost upon him. A lawyer and lifelong musician being nominated for the first time, at age 67, for the gold-plated gramophone statuette awarded by The Recording Academy.

He came to Brazilian music in the second half of his music life.

Finbury doesn’t speak the Portuguese language (spoken in Brazil and sung on the album), but he has played and been enamored of the country’s music for years, thanks to the influence of an old friend and a scholar of Brazilian music, Ned Claflin.

From 2004 up until a few years ago, Finbury and friends, a sextet, played Sunday morning jazz in his living room on Canterbury Street where he and his wife and their children have lived since 1987.

Finbury was nominated for a Latin Grammy for the song: “A Chama Verde” (a Brazilian phrase — The Green Flash). It came off his album “Imáginario,” recorded and engineered by Bob Patton in his North Andover studio.

This time, Finbury’s up for a Grammy, and it’s for an entire album.

The album was recorded at the Power Station at BerkleeNYC in Manhattan.

“De Freitas wrote the Portuguese lyrics for all the songs on the album and they are remarkable, in my humble opinion, for their unique spiritual depth, deeply personal quest, and beauty,” Finbury said.

Finbury played and studied music throughout his public school years in Haverhill.

The first musical moments he recalls were of his father playing jazz chords on the family piano — the same one at his current home.

By middle school he wanted to be a drummer, and he took up the drums. He played in bands, among them “Ten Foot Clearance.”

In college, Finbury studied piano and music composition at the Longy School of Music in Cambridge and Boston University.

In 1979, he wrote and recorded music for “Portraits from the 2 O’Clock Lounge,” a WGBH documentary about the last strip club in Boston’s “Combat Zone.”

Pop songs he wrote in the early 1980s would, decades later, in 2014, be bought by Fervor Records.

But for much of his adult life, Finbury has made a living as a lawyer, based in Haverhill.

He plays daily on the family’s Steinway piano in the living room.

He composes on the piano and works out his pieces in a small music room upstairs, putting notes to paper, or rather, on the staff displayed on a computer screen.

“Age is no obstacle to creating music,” Finbury said. “The composing has come more easily and I have been more committed to it and passionate about it since I turned 60,” he said.

The proof is in the pudding. He’s making music and up for a Grammy, and that’s gratifying.

“I love the idea that people are listening to these songs, that they are enjoying them,” he said.